In its year-long mission to explore– On second thoughts, let’s not go there. Rocket Science, an original anthology of hard science fiction and non-fiction, was launched on 9 April 2012 and now, one year later, it’s time to say goodbye to this blog. The book still exists and continues to sell – and yes, an ebook edition will be made available sometime during 2013. 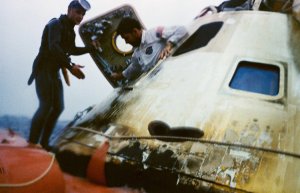 Rocket Science has done well. It published some excellent fiction and non-fiction – even if I say so myself. One of the non-fiction articles, Karen Burnham’s ‘The Complexity of the Humble Spacesuit’ was even shortlisted for the BSFA Award in the non-fiction category. Sadly, it didn’t win, and the award went to the World SF Blog (a worthy winner, nonetheless). Given that one of the stories in Mutation Press’s first anthology, Music for Another World, was also shortlisted for a BSFA Award, that’s quite an achievement for a small press.

I had fun, and I learnt a lot, editing Rocket Science. I tried to make the selection process as transparent as possible and, from the comments I received, many people found that useful. I also had fun writing posts on relevant topics for this blog. But Rocket Science News has served its purpose and now it’s time to roll it up. It’ll stay up for the time-being, but I won’t be adding to it or posting anything new.

The latest copy of Vector, the critical journal of the British Science Fiction Association, landed on my doormat at the end of last week. No. 217, Winter 2012, includes a review of Rocket Science by Alastair Reynolds. He writes:

There are no bad stories here – even the clunkiest … has the saving grace of being likeable, which is no mean achievement. But perhaps the best story in the book, and the one that closes the volume, is the piece most clearly fixated on the past, Sean Martin’s ‘Dreaming at Baikonur’.

Alastair also describes ‘Dancing on the Red Planet’ as “surreal but note-perfect”, ‘Tell Me A Story’ as “charming”, ‘Pathfinders’ as “bleakly clever” and highlights ‘The Complexity of the Humble Spacesuit’ as the best of “a generally excellent bunch” of non-fiction pieces.

I can live with that…

Excellent news! Karen Burnham’s ‘The Complexity of the Humble Spacesuit’ has been shortlisted for the BSFA Non-fiction Award.  The shortlists were announced today, and the winners will be announced at EightSquared, the 2013 Eastercon, Cedar Court Hotel, Bradford on 30 March 2013.

Congratulations to Karen. And fingers crossed for the night. 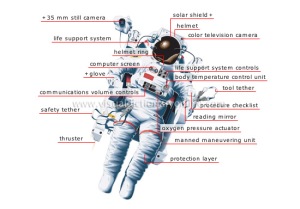 Novels, short stories, artwork and non-fiction are nominated by the members of the British Science Fiction Association. The shortlists will also be voted on by BSFA members, and by attendees at EightSquared.

Strange Horizons has published a review of Rocket Science, written by Dan Hartland. As is usually the case for Strange Horizons, it’s a long and in-depth review, and it says, among other things that “there are, it must be re-emphasised, good stories here”, and that Rocket Science is “a diverting attempt not so much to reimagine silly old science fiction and its continuing attachment to a Jetsons paradigm, but to consider what spaceflight means to us today, in our changing and challenging world”.

I can’t quote every comment made on every story or piece of non-fiction, but…

Sam S Kepfield’s entertaining and convincing alternative Soviet history, ‘Not Because They are Easy’

The full review can be found here.

The Best Hard SF Anthology of the Year?

Which hard sf anthology did the Guardian newspaper describe as “superb”? Was it Edge of Infinity, the “sequel” anthology to 2010’s Engineering Infinity, both of which were edited by Jonathan Strahan? I think not.

It was Rocket Science. 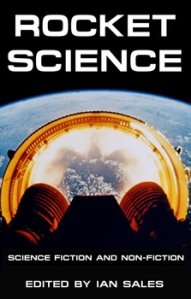 If you’re going to throw around a term like “the best hard sf anthology of the year”, and you think it’s a toss-up between Edge of Infinity and Baen’s Going Interstellar, well, you’d be wrong. It’s not about the marquee names on the cover or in the TOC. It’s about the stories.

So if you’re a fan of hard sf short fiction, and you don’t own a copy of Rocket Science, then you need to rectify that immediately. Because you can’t make any claims to “best of the year” if you’ve never bothered to read the first hard sf original fiction anthology to be published in 2012.

If you want to read more by some of Rocket Science‘s contributors, this November is a good month for it. First up, Berit Ellingsen has a new collection out, Beneath the Liquid Skin, from firthFORTH Books. You can find it here.

Beneath the Liquid Skin cover art

Also out this month is issue 38 of Jupiter magazine. This one is subtitled Pasithee. It contains a story by CJ Paget, and a poem by Yours Truly. You can order a copy from here. 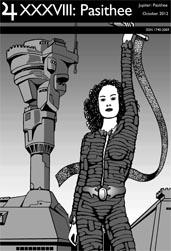 Rocket Science contributor Eric Choi was at Capclave, the Washington Science Fiction Association’s annual convention, during the weekend 12 – 14 October. He had copies of Rocket Science with him, and was signing them for buyers. He’s sent me a photograph: 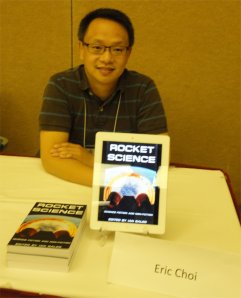 Nominations for the British Science Fiction Association Awards are open – in fact, they’ve been open for a couple of weeks, so I’m a little late with this reminder. But they’ll remain open until January 11 2013. If you’re a member of the British Science Fiction Association, feel free to nominate your favourite stories from Rocket Science for the short fiction award, and your favourite non-fiction pieces for the, er, non-fiction award.

Well, Eric in The Space Review, not actually in Low Earth Orbit or anything. Eric Choi provided one of the non-fiction essays in Rocket Science. It was titled ‘Making Mars A Nicer Place, in Fiction… and Fact’. A shortened version of Eric’s essay has just been published on The Space Review website. You can find it here. You can also find Eric’s ‘Introducing the author’ piece on this blog here. 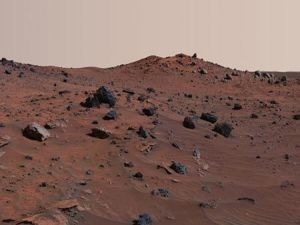 There has been a long-running disagreement among those involved in space science over which are better at exploring the Solar System: robots or human beings. The former, obviously, despite their huge price tags, are cheaper. But humans are far more flexible and effective. And now that Curiosity is on Mars, the robot proponents are going to feel pretty smug for a while.

The problem is that there’s a bigger picture to take into consideration. Yes, we could populate the other planets with robots and learn some fascinating and important science. But that still keeps us tied to this planet, and we’re in very real danger of making our home world untenable. It’s not the pioneer spirit that demands we start sending people to visit and settle the other worlds and moons of the Solar System, it’s survival. And we’re not going to get anywhere close to a position to do that if we keep on sending out robots.

True, at present our technology isn’t quite up to a crewed Mars mission. We could build the rockets and get what we need into orbit, we could send it on a transfer orbit, we could even land it on the Martian surface. But we don’t know yet how to effectively keep the human payload alive during the months-long journey through interplanetary space. And then there’s the cost. Curiosity cost $2.5 billion. A crewed mission would cost quadrillions, and require the sort of long-term investment and political will no government would ever countenance. And, to be honest, given that cost, the mission would have to be something special… 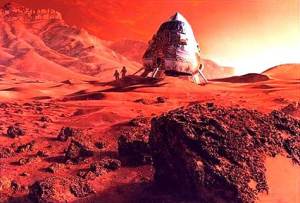 Which is not that difficult to achieve. Most mission profiles would require a stay of months on Mars, perhaps even a couple of years. The Red Planet is not the Moon. It’s not a three-day flight, spend as long as you can on the surface, and then head straight for home. The orbits of the Earth and Mars, and the millions of kilometres between the two which increase and decrease due to those orbital paths, mean departures from each planet have to be carefully scheduled. An conjunction-class mission would launch when Mars is on the other side of the Sun to Earth, would require between 250 and 300 days for journey there, and give a stay time on Mars on 60 to 90 days. A opposition-class mission, however, which would launch while the two planets are close, would take 450 days to travel there and give a stay time of up to 500 days. The conjunction-class mission requires less energy than the opposition-class mission.

Keeping the crew alive in interplanetary space for almost a year is not something we really know how to do yet. There have been experiments with Controlled Ecological Life Support Systems, but a Closed Ecological Life Support Systems is beyond us. Because a year in space without resupply either requires huge amounts of supplies, or near-perfect recycling. And every kilogram of those supplies is going to cost well beyond its actual price because it needs to be lifted out of Earth’s gravity well and taken along to Mars. Even in situ replenishment on the Martian surface might prove too difficult, so the mission will need some sort of CELSS which can operate for the full length of the mission.

I freely admit I would be delighted to see a human being on Mars during my lifetime. But, realistically, I don’t expect it to happen. It wouldn’t surprise me if it took until the middle of next century before we got further than the Moon. At present, the only way we’re going to get there is via our imaginations. Which is pretty sad, when you think about it.